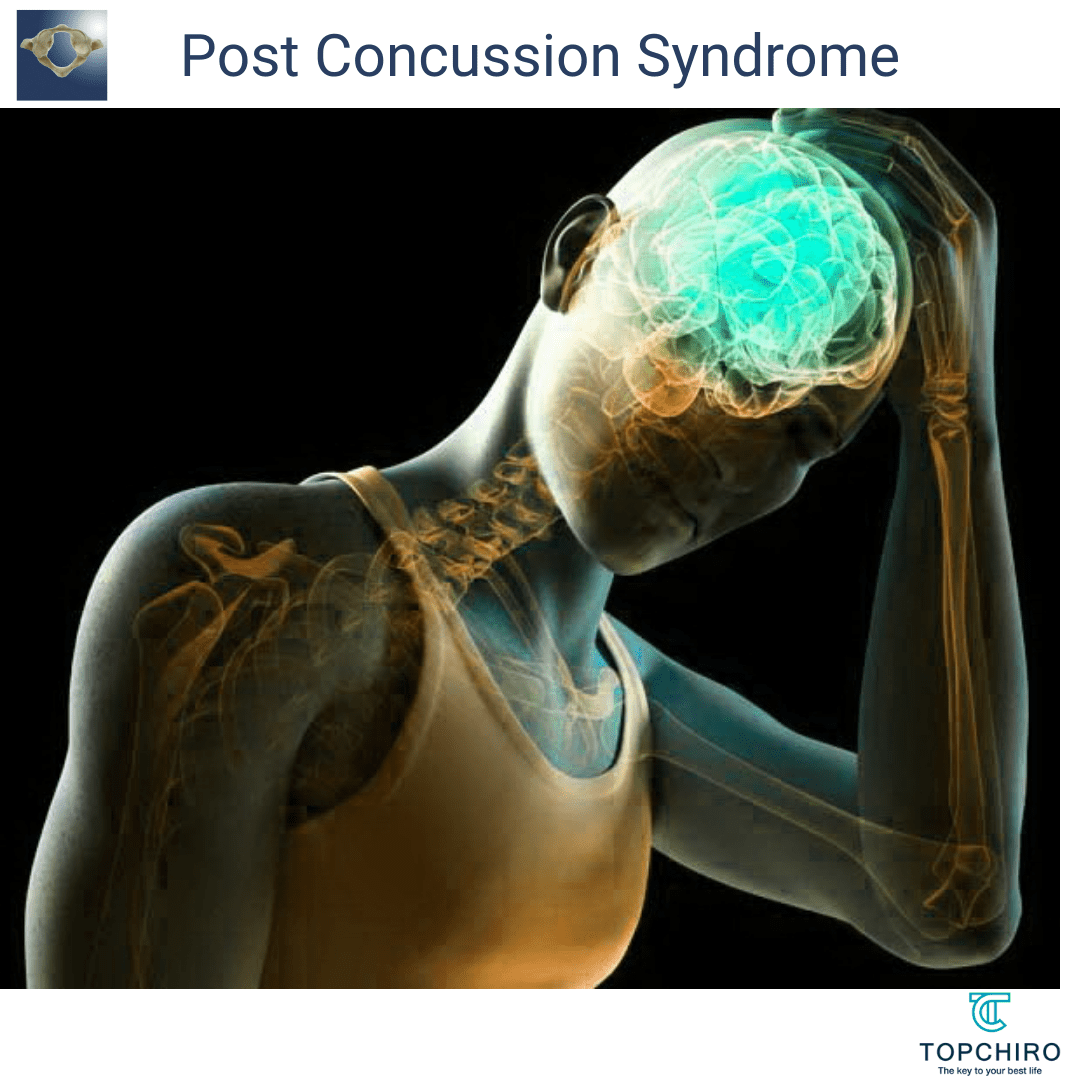 Post concussion, the signs, the symptoms and the evidence

This occurs when the symptoms of concussion persist for 3 months or more after sustaining a mild traumatic brain injury or another type of trauma to the brain such as carbon monoxide poisoning, certain viral or bacterial infections, transient ischemic attack, or surgery being a few examples. Concussions may also result in autonomic nervous system dysfunction (dysautonomia) or hormone dysfunction.
4 – Signs and symptoms
Although there aren't many large-scale studies on this condition, several case studies have shown the positive effects that specific upper cervical care can have on the alleviation of PCS symptoms. Here are a couple of examples:
This case study is of a 16-year-old female with vertigo, brain fog, and headaches 3 months after head trauma and a 30-year-old female with migraine headaches and vertigo after a motor vehicle accident. Both patients had no history of vertigo or headaches before the head trauma. Both patients reported a reduction in frequency and intensity of headache and vertigo shortly after beginning upper cervical care.
This case study is of a 23-year-old female who presented with vertigo and headaches after a fall. The patient had a long history of headaches that were exacerbated by the concussion. Results showed the beneficial effects of a specific upper cervical adjustment on the symptoms presented by the patient.
1 – Quote/Testimonial
"I started attending the clinic at the end of November 2021 after suffering from symptoms of Post-Concussion Syndrome since a head injury in April of that year. I was initially dubious as to whether it could be of any help to me as I had previously attempted to see a chiropractor who stated that nothing he could do would help. As the NHS had told me that my symptoms would subside over time, I had resigned myself to trying to wait for the PCS out.
However, after reading some of the reviews of this clinic, getting tired of making no improvements, and hearing about other individuals with PCS who had received upper cervical treatment and had good results, I thought I would come along for a second opinion.
After doing a scan of my neck, it was found that my C1 and C2 vertebrae were out of alignment, which had the potential to be causing some of my symptoms. After going through the results and another test, I have had several adjustments over the past couple of months.
I have no doubt that it has caused some of my symptoms to improve and am hoping that as the adjustments begin to hold for longer periods of time, that I may begin to be back to my old self. I would recommend anyone who has been diagnosed with PCS to give this a go!
Big thanks to Elliot who has been amazing throughout the process. It has been a breath of fresh air to have found a medical professional that actually listens to what you are saying and wants to help you get better! Would definitely recommend it."
If you have symptoms similar to the ones mentioned, please feel free to contact us at Top Chiropractic to see if upper cervical care would be suitable for you.
References
https://vertebralsubluxationresearch.com/2019/08/17/improvement-in-post-concussion-syndrome-in-two-females-using-low-force-upper-cervical-chiropractic-care-a-case-series-review-of-the-literature/
https://vertebralsubluxationresearch.com/2011/01/06/upper-cervical-chiropractic-care-of-a-patient-with-post-concussion-syndrome-positional-vertigo-and-headaches

Ready to find out more?